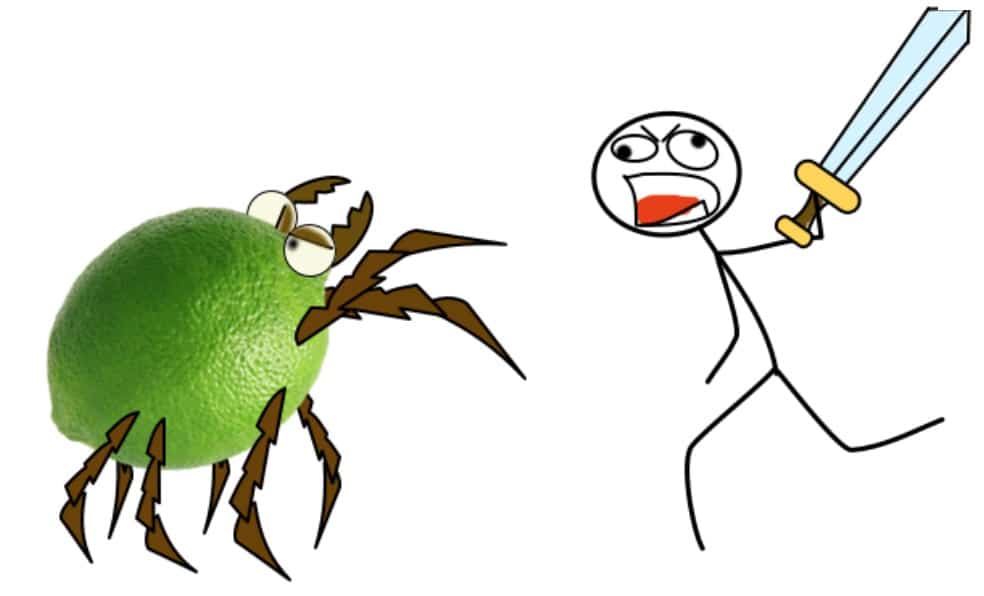 Lyme disease is caused by a bacteria, Borrelia burgdorferi, that’s transmitted to humans through a bite from an infected black-legged or deer tick. Symptoms can occur anywhere from 3 to 30 days after the bite, and symptoms can be wide-ranging, depending on the stage of the infection.

The chances you might get Lyme disease from a tick bite depend on the kind of tick, where you were when the bite occurred, and how long the tick was attached to you, according to the CDC. Black-legged ticks must be attached to you for at least 24 hours to transmit Lyme disease.

Early signs and symptoms of Lyme disease include fever, chills, headache, fatigue, muscle and joint pain, and swollen lymph nodes. In about 70% to 80% of infections, a rash is seen. About 30% of those rashes have a “bull’s-eye” appearance, but most do not. The rash expands gradually over a period of days and can grow to about 12 inches across, according to the CDC. It may feel warm to the touch, but rarely itches or is painful, and it can appear on any part of the body.

As infection progresses, symptoms can include:

Doctors diagnose Lyme disease based on symptoms and a history of tick exposure. Two-step blood tests are helpful, the CDC says, if used correctly. However, the accuracy of the test depends on the disease stage; in the first few weeks of infection, the test may be negative, as antibodies take a few weeks to develop. If the tick is available, it is also possible to directly test the tick for Lyme infection.

If caught early, the antibiotics amoxicillin and tetracycline are used, usually for 10-21 days, says CDC epidemiologist Paul Mead, MD. Other antibiotics that may be used include cefuroxime and doxycycline. If Lyme disease is treated early in the infection stage, a full recovery is likely.

Inflammation is the body’s immune response to injury or a foreign invader like a virus or bacteria. In the case of undetected or undiagnosed Lyme infection, the body perpetually attempts to eradicate the bacteria by activating inflammation. Specifically, the immune system activates pro-inflammatory cytokines (biochemicals) in the blood which leads to inflammation throughout the body: in the joints, brain, organs and all soft tissue. If the immune system isn’t strong or sophisticated enough to eradicate the Lyme bacteria, the infection will linger and so will the systemic inflammation.

Even if Lyme disease is effectively treated in the early phase, it is possible for the bacteria to remain dormant in the body for years—resurfacing in times of stress or immune system compromise. In this case, chronic inflammation is also a problem because the body will continually respond to the presence of the bacterial proteins by activating inflammation.

Long term, chronic inflammation is what leads to the most serious, debilitating side effects of Lyme disease. Brain fog, neurological complications, extreme pain and stiffness throughout the body—these are now all linked to the chronic inflammation caused by chronic Lyme infection.  On a more indirect level, organs can be affected by inflammation—heart, kidneys, lungs and brain may all be affected. Inflammation in the hypothalamus can reduce its functionality resulting in hormonal distortions too.

Specifically, one of the inflammatory cytokines activated by the immune system in response to Lyme infection, IL-6, can damage the nervous system over time leading to permanent neurological problems.

In times of high stress for a person, poor eating and sleeping habits, and toxins such as heavy metals can weaken the immune system. Infections that were always kept in check — such as Lyme — take advantage of this and get their foot in the door. Symptoms begin to present, and in some cases, 3 weeks of doxycycline can do the trick in shutting the symptoms down for good. For others, the immune system is too far gone and/or the Lyme bacteria has had ample time to embed itself into locations within the body that antibiotics simply can’t touch – chronic Lyme disease takes hold.

As these antigens course through the bloodstream, toll receptors on the surface of white blood cells, such as macrophages, pick up the presence of the antigens and identify them as a threat – the innate immune response begins. These cells now release what are known as cytokines — which are the immune system’s chemical messengers — in order to let everyone else know what’s going on and elicit a response from other immune cells. These cytokines can be pro-inflamamtory and are the biochemical which activate and then sustain inflammation.

The body releases cytokines as a result of antigens the Lyme bacteria release.  By consistently shutting down the body’s inflammatory cytokines — the inflammatory response to Lyme and its antigens — you’re limiting the resources the Lyme bacteria needs to thrive and survive. This results in, according to Stephen Buhner, either remission of the disease, a complete cessation of symptoms, or a considerable reduction in Lyme symptoms.

How To Reduce Lyme-Driven Inflammation with Cryotherapy

Whole body cryotherapy can be used to suppress the Lyme-related inflammation that causes chronic symptoms. Chronic Lyme clients experience significant reductions in pain, joint stiffness, immobility and brain fog. Cryotherapy has been shown to effectively reduce inflammation at the cellular level, in all organs and body tissues. Food sensitivities, sleep disruptions and neuropathies have all improved through the use of cryotherapy for Lyme.

Blog Categories
I am the footer call-to-action block, here you can add some relevant/important information about your company or product. I can be disabled in the Customizer.
Get In Touch
Copyright © 2022 Chill Cryotherapy. All Rights Reserved. 327 South Avenue West, Westfield, NJ 07090 – (908) 228-5711